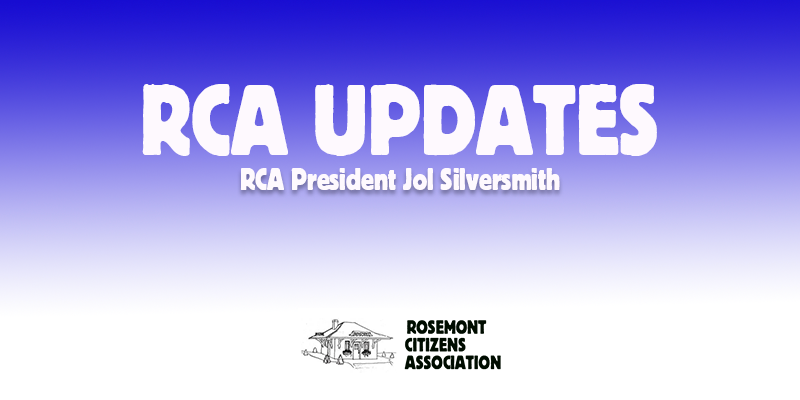 Meeting Wrap-Up:Many thanks to all who attended our February 6 meeting, at which Christine Mayuer and Bob Garbacz of T&ES provided some updates about traffic projects and solicited input from the audience.A summary of the evening:

Keeping Informed. We try to provide regular updates on local news, Rosemont history, and general happenings in the neighborhood and Alexandria via our Facebook page (https://www.facebook.com/RosemontCitizensAssociation). The community email list can be accessed at https://groups.io/g/rosemontva.